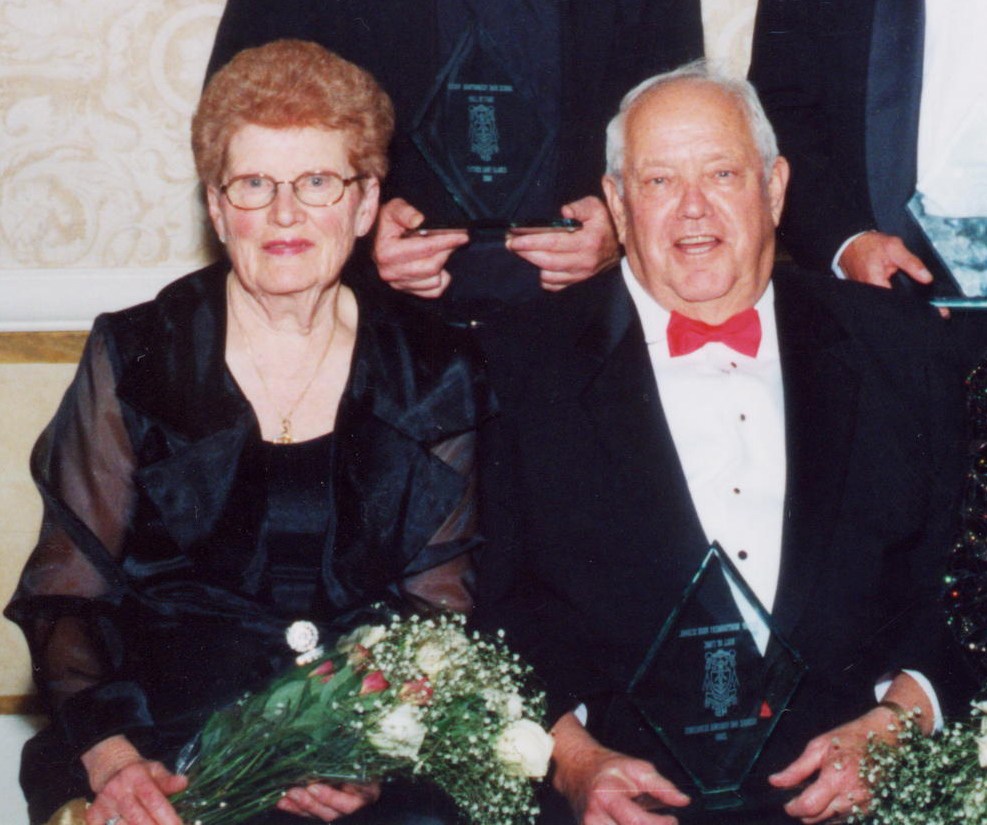 George and Virginia Schneider's association with Bishop Montgomery began when they were involved in purchasing the property to build the school. George and Virginia, both natives of Wisconsin, sent all eleven of their children to BMHS: Frederick ’67, Joan ’67, Anne ’69, Katheryn ’70, Hans ’71, Chris ’73, Mary ’75, Joseph ’77, Steve ’78, Hank ’80, and Virginia ’82. While their children attended BMHS, both George and Virginia were involved in many activities. George helped build the bleachers for the football stadium and between 1963 and 1982, they both worked in the snack bar serving lunches to the students. As friends and donors of BMHS, George and Virginia were very influential in helping to develop the Robert Roach Memorial Endowment Scholarship Fund, which provides assistance to BMHS students in need. Both George and Virginia feel that helping people is an important part of their obligation as Christians and it is this call to serve God that motivates them to contribute to BMHS. Because they have been a part of BMHS for so long, both George and Virginia have accumulated many memories, both tangible and intangible. They will never forget the various cross-country meets and football and volleyball games; the championship Baseball game at Dodger Stadium is also a highlight. The graduation of their youngest child, Ginger, in 1982 was special, as was the support of the priests, sisters, and lay teachers that their children had in class. One of their fondest memories was listening to one of Father Kidney’s homilies at a Baccalaureate Mass when “he spoke of the graduates leaving their footprints in the sand, leaving an imprint and an example for others to follow.”

Mr. and Mrs. Schneider were inducted into the inaugural Bishop Montgomery Hall of Fame Class in 2001.