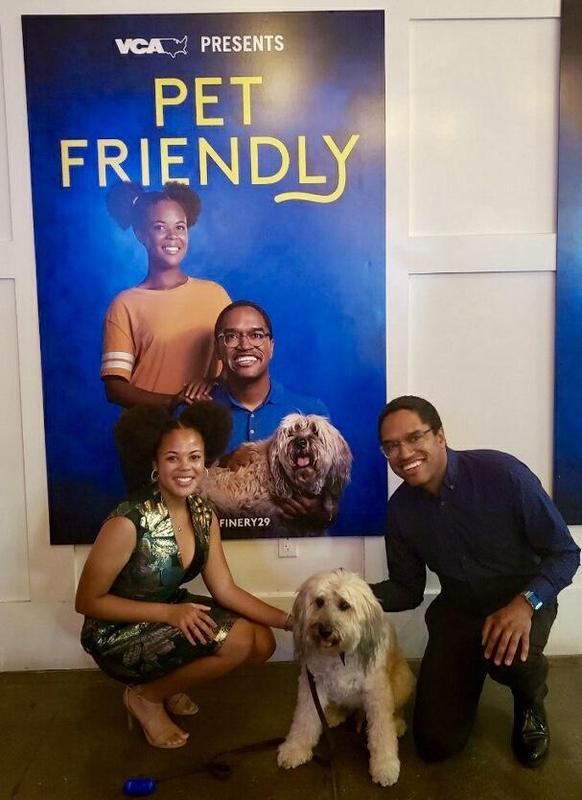 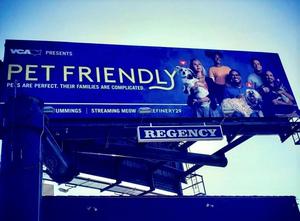 Torrance, CA (August 28, 2019): In July 2018, Viveca Henry ’22 spent three days onset in Santa Monica and Altadena filming what she thought was a commercial spot for the VCA (Veterinary Centers of America). Fast forward to July 2019 when Viveca and her family were invited to the West Hollywood premiere of “Pet Friendly,” a Refinery29 production, starring Viveca herself!

Originally slated as a commercial piece, Viveca auditioned and landed the part of Louise, a teenage girl who finds friendship and connection with a rescue dog that her father (played by Geoff Ross) adopts from a VCA shelter.  What Viveca didn’t know, until this summer, was that the Whitney Cummings-directed project took on a life of its own after the shoot.  VCA, partnering with The Observatory and Refinery29, created not one commercial, but three episodes of a comedy web-series focusing on rescued pets. The refinery29.com series explores the “awkward, hilarious, and heartwarming stories” of these pets, their owners, and a VCA veterinarian. Viveca notes that all of the recused animals in the episodes, including Louise’s rescue dog Rocky, are real rescues. Actors play all of the human roles.

For Viveca, the trajectory of this project has been a dream come true. One highlight was seeing herself on a “Pet Friendly” billboard on Pico Boulevard in Santa Monica.  Viveca’s mom, Roxi laughs, “Since she was a little girl, Viveca always told me that one day we would see her up on a billboard.” Viveca concurs: “From a young age, acting was my dream. I was drawn to it, like a magnet. I just knew it was something I would love and want to do.”

Bitten by the acting bug when she was justsix years old, Viveca already has quite a few projects under her belt, most notably commercial spots for Merrill Lynch and Cartoon Network.  Currently she spends most of her Saturdays and Sundays in acting classes, honing her skills in a West Hollywood studio.  Although it can be challenging to balance high school with her acting pursuits: “You sacrifice a lot because you can’t always hangout with friends. You learn that you have to cut some things out of your life to add other things in,” Viveca says it has all been worth it. She dreams someday of starring in a blockbuster movie and sharing the screen with some of Hollywood’s greatest to learn more and continue developing her craft. But right now, this high school sophomore is content with how her future is unfolding and remains open to what lies ahead. “I’m just seeing where it all goes… I have so many different paths in front of me. I look at acting as one of my options.”